Chris Matheson, arguably Australia’s most successful Top Fuel Motorcycle racer ever, has made Australian history yet again. The veteran racer is after Australia’s first five-second motorcycle run and pushed ever so close with a new Australian record of 6.007.

Heading into the final race, Matheson, trailing in the Thunder 400 Championship points chase, was under pressure to perform to catch up leader, John Zahra, to take out the coveted WinterNationals and the 2021 National Championship. 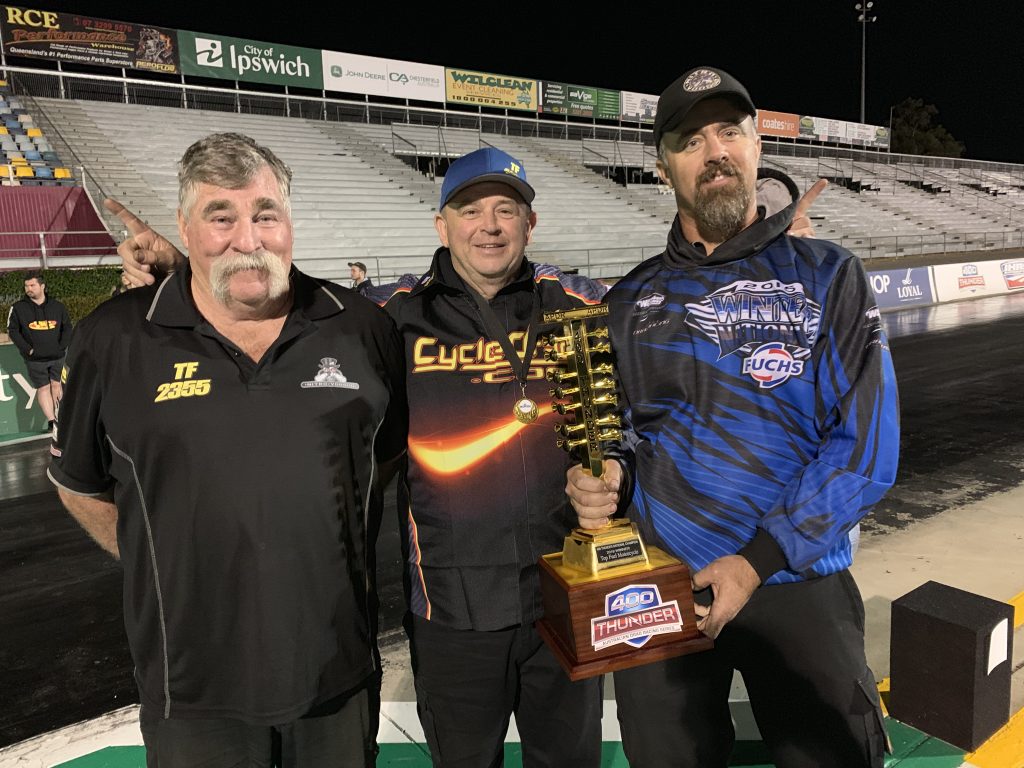 Matheson had been testing in the lead up to the WinterNationals but was trying multiple combinations to get down the track without much success.

Both Zahra and Matheson struggled with the track conditions in qualifying, however Matheson top qualified when he needed to and had lane choice on race day.

Race day was special that saw 20,000 plus spectators on Saturday and Sunday was looking the same, spectacular weather and pits full of enthusiastic racers from all over Australia. 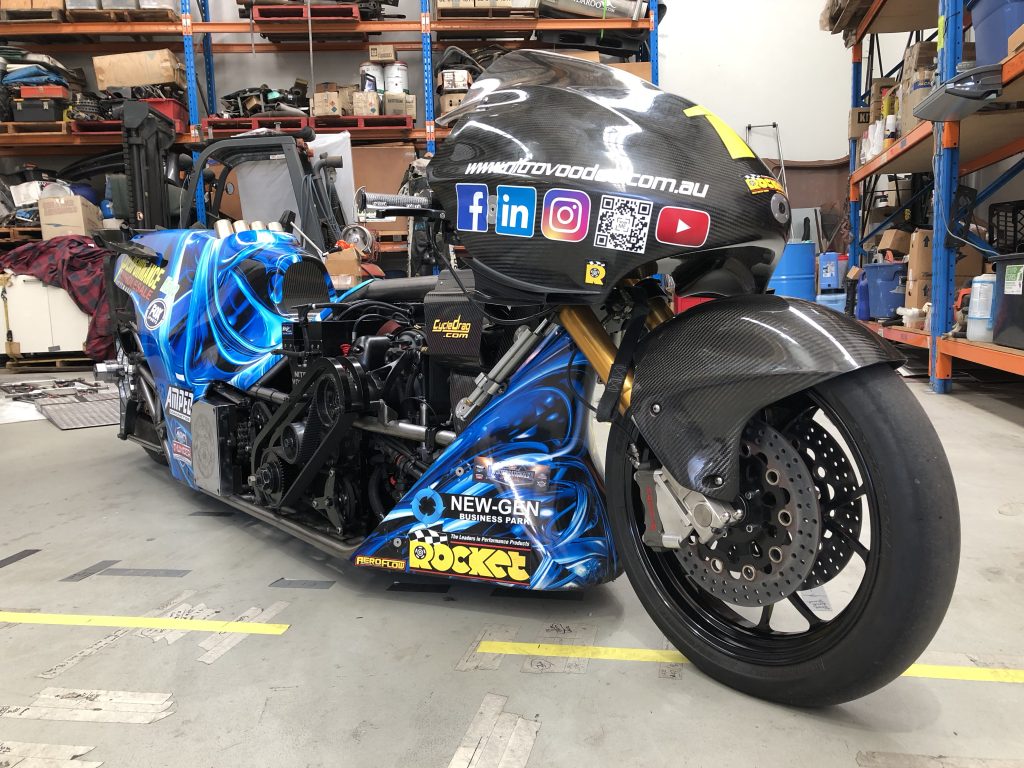 Matheson lined up with Zahra knowing the showdown was critical in the points chase. Matheson launched hard, reaching the finish line first but took out the final timer block at the finish, only to be disqualified with Zahra glancing the wall after the finish line, damaging his bike. Matheson clocked 6.2 seconds with strong incremental numbers, going over 200mph to half track. 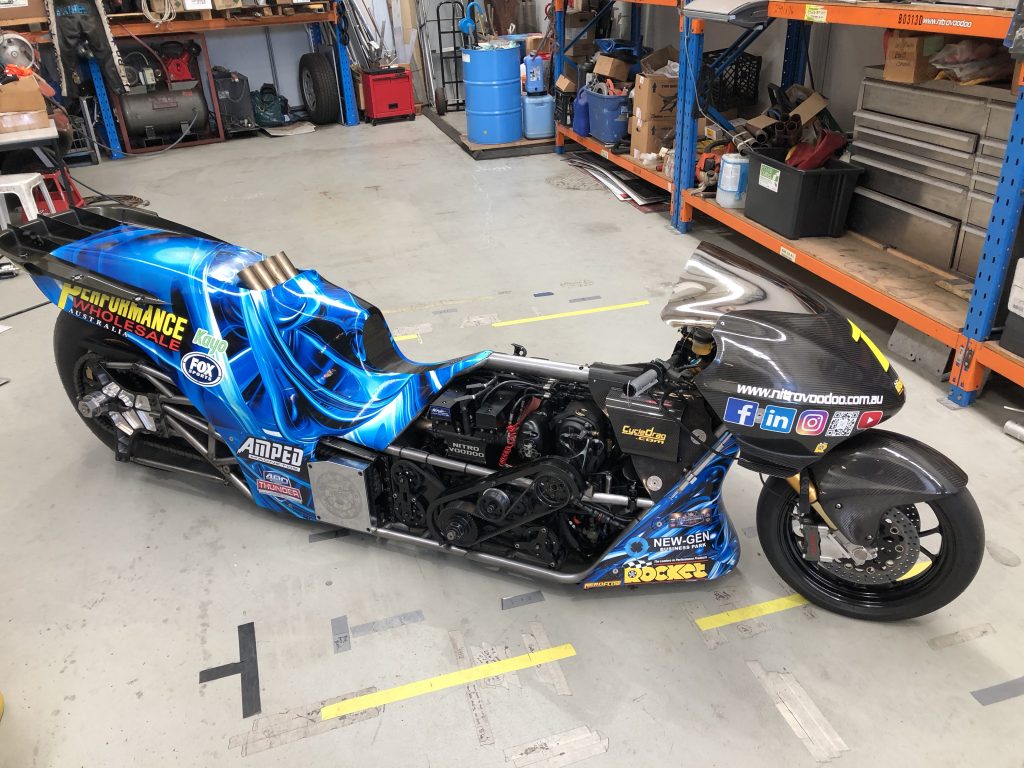 Matheson was confident the bike had the legs in the final and wanted to lay down a number.

“I’ve struggled in getting the power on the ground and it was unsettling the bike. The team diffused the problem, taking more power out to let the bike get down the track.” 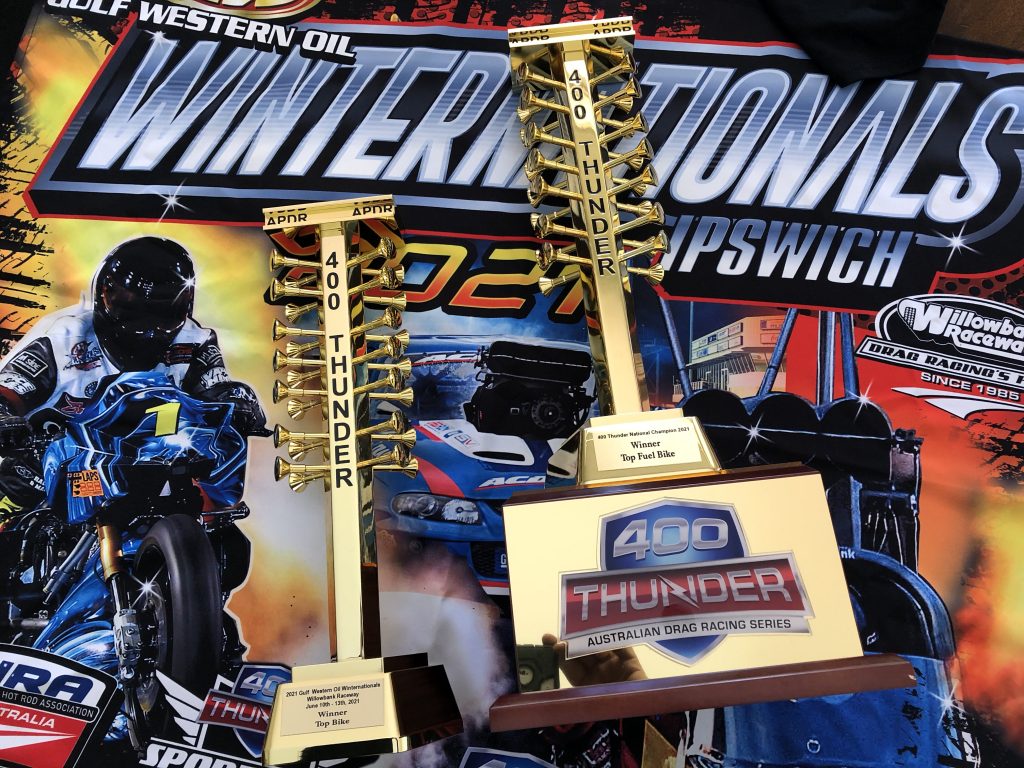 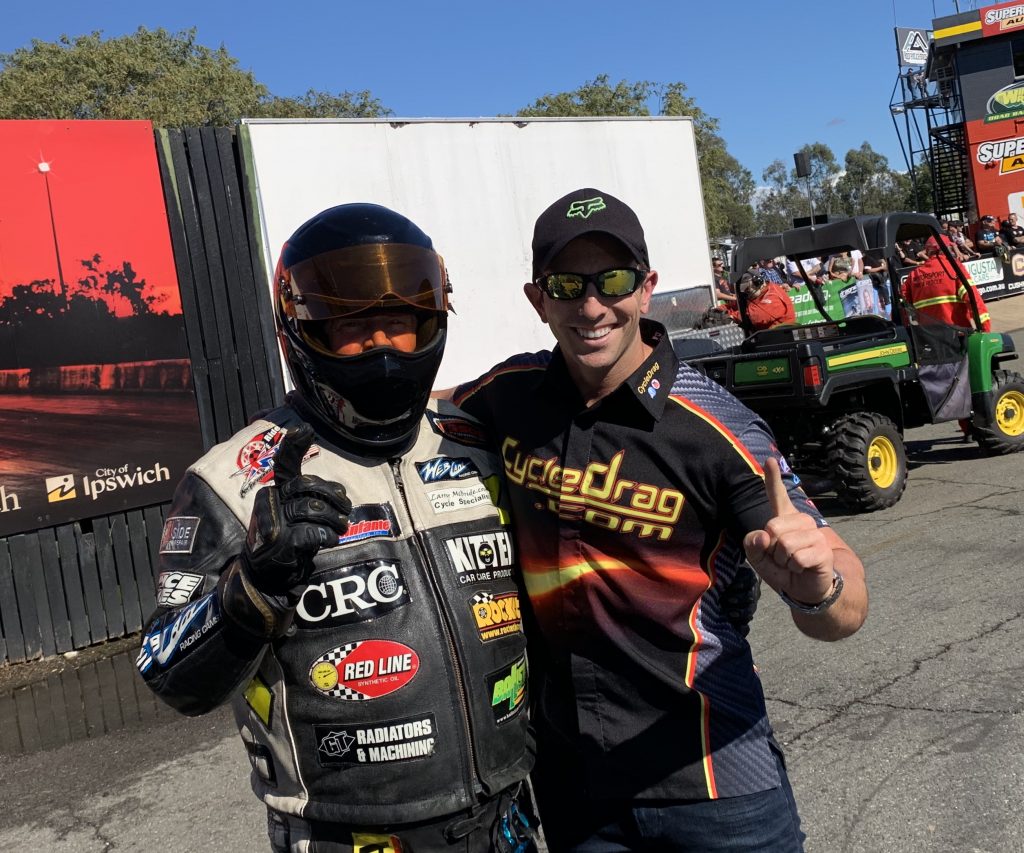 Matheson said “The result is one of my most memorable of my career. Winning the WinterNationals is special, a personal bet,  anew national record, top qualifying mile per hour and to win our seventh National Championship…well, what can I say. It’s special.”