After closing out her 2020 NHRA Camping World Drag Racing Series with an impressive performance at The Strip at Las Vegas Motor Speedway, Angie Smith is returning to the track with hopes of an even bigger victory. 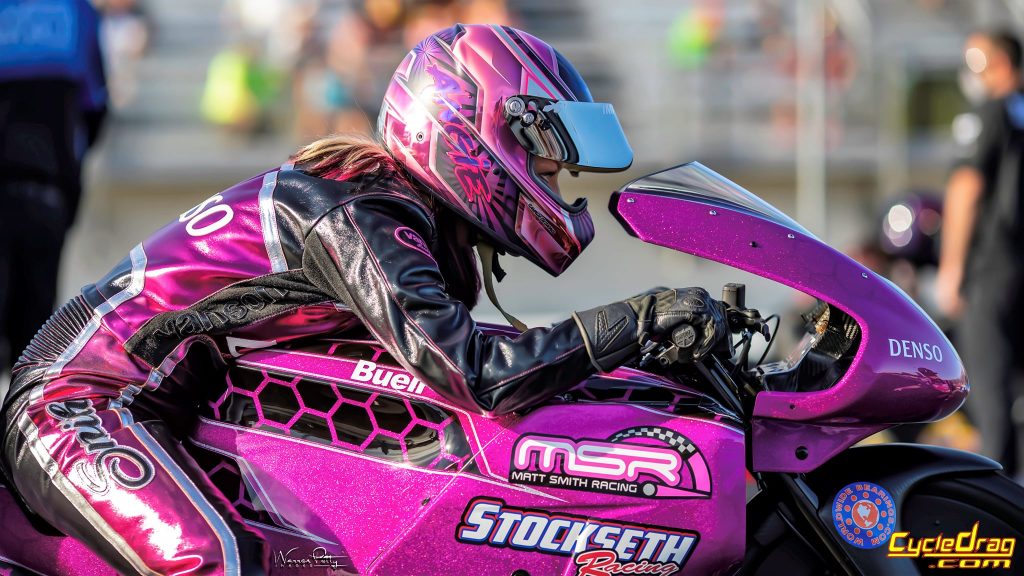 The Pro Stock Motorcycle standout takes plenty of excitement into this weekend’s DENSO Spark Plugs NHRA Four-Wide Nationals, in part because DENSO is also the main sponsor on her EBR motorcycle. It would make a victory — and her first four-wide win — even more special if Smith can pull it off this weekend in the unique four-wide format. 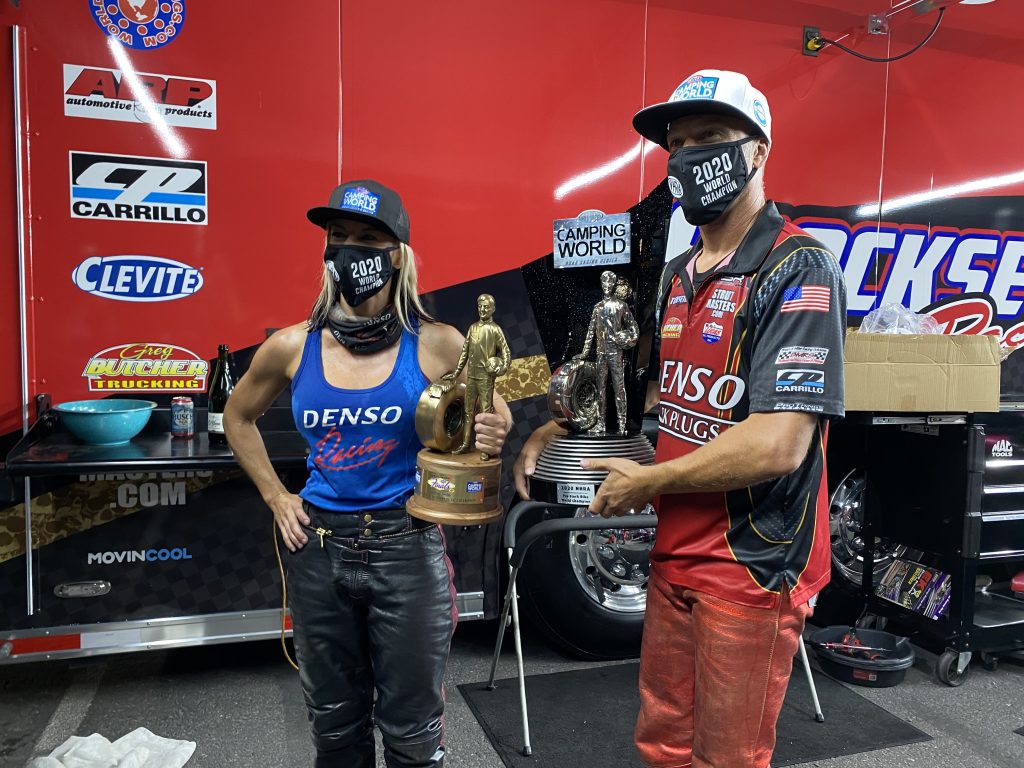 “It’s a very cool feeling that this is the DENSO race,” Smith said. “We won in Vegas last year, and, of course, we want to put our bikes in the winner’s circle and add to our resume that we won our title sponsor’s race. It’s just an added bonus to win your sponsor’s race, and it’s very exciting to get back there. We’re always eager to race in Vegas.” 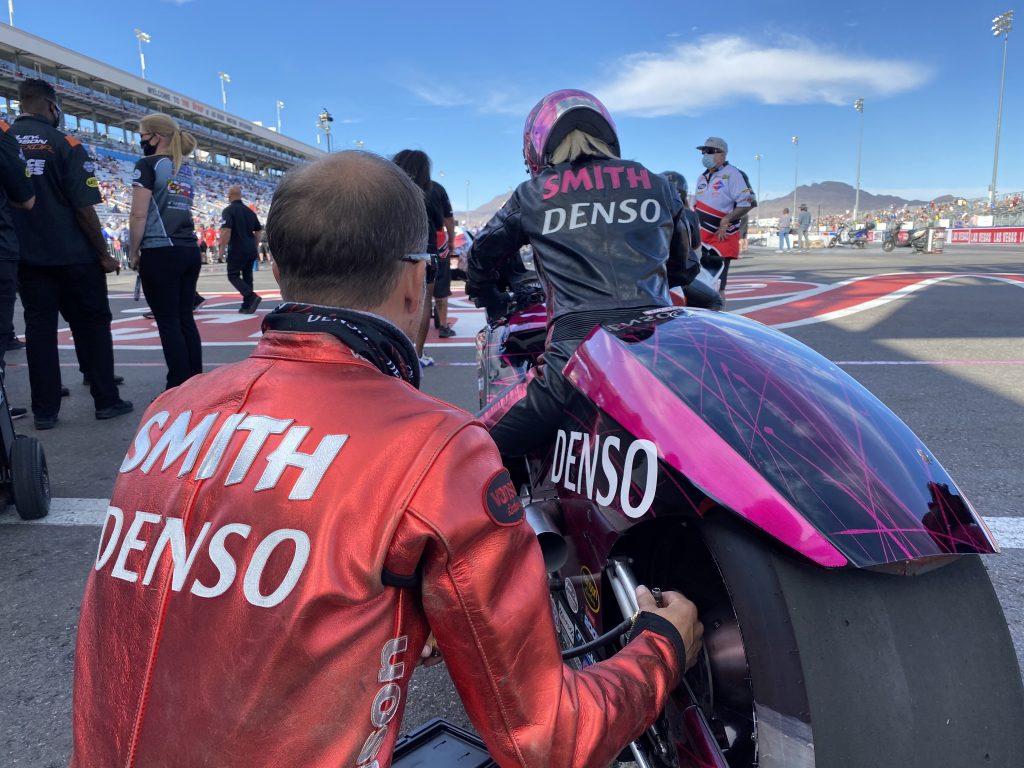 Mike Salinas (Top Fuel), J.R. Todd (Funny Car), Bo Butner (Pro Stock) and Hector Arana Jr. (Pro Stock Motorcycle) were winners of the 2019 four-wide event, the last time the NHRA circuit raced four-wide at The Strip at Las Vegas Motor Speedway. This year’s race will be televised on FOX Sports 1, including finals coverage starting at 8 p.m. (ET) on Sunday, April 18. It is the second race of 2021 and fans are eager to enjoy one of the biggest spectacles in motorsports. All grandstand tickets have been sold for the weekend, as state and local officials allowed the track to host fans at 50-percent capacity for the race in Las Vegas. 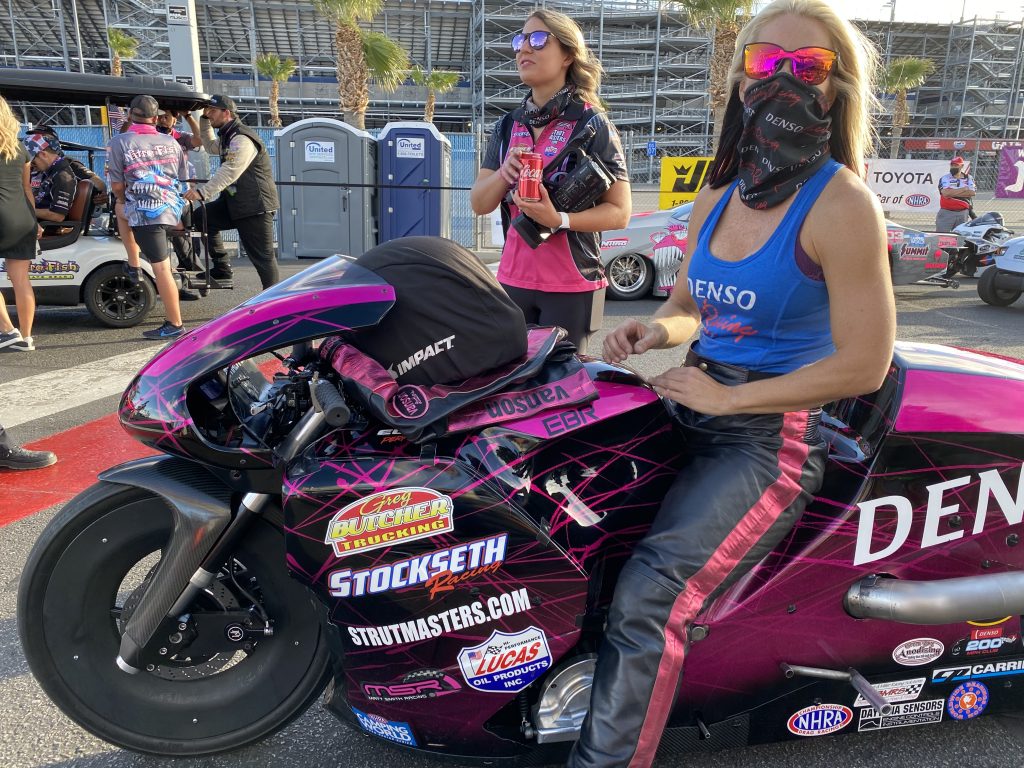 That aspect is particularly thrilling for Smith, who missed that element during the fall Vegas race last year. There were fans at that race to close out 2020, but there will be considerably more this weekend as Smith races for another memorable moment. To do so, she’ll have to get past a talented group of competitors, including her husband, Matt, who is the defending world champ and also won the 2021 opener, Angelle Sampey, Ryan Oehler and Steve Johnson.
“I’m just glad we’re able to have more fans,” said Smith, who has two career wins to her name. “Even though I was ecstatic with the win in Vegas, and it was great and one of the best days ever, from a racer’s standpoint, you want to hear the cheers and interact with the fans. That was a missing element, so it’s a huge bonus having a bigger amount of fans there this weekend.”
Camping World Drag Racing Series qualifying will feature one round at 3:30 p.m. PT on Friday, April 16, with the two final rounds slated for 1:00 p.m. and 3:30 p.m. on Saturday, April 17. Final eliminations are scheduled for 12 p.m. on Sunday, April 18. Television coverage includes qualifying action on FS1 at 7 p.m. ET on Friday, April 16, and eliminations beginning at 8 p.m. on Sunday, April 18 on FS1.