We are back for another season of the largest gathering of vintage two stroke drag bikes in the Midwest, the Super Eliminator two stroke showdown from the Dash for Cash at US 131 Motorsports Park in Martin, Michigan. We will see a near world record on a Kawasaki H2 ridden by Jim Chongris and we will also see some two stroke fails, like when Kevin Hutchinson blows up his 1974 Suzuki GT Water Buffalo on nitrous. 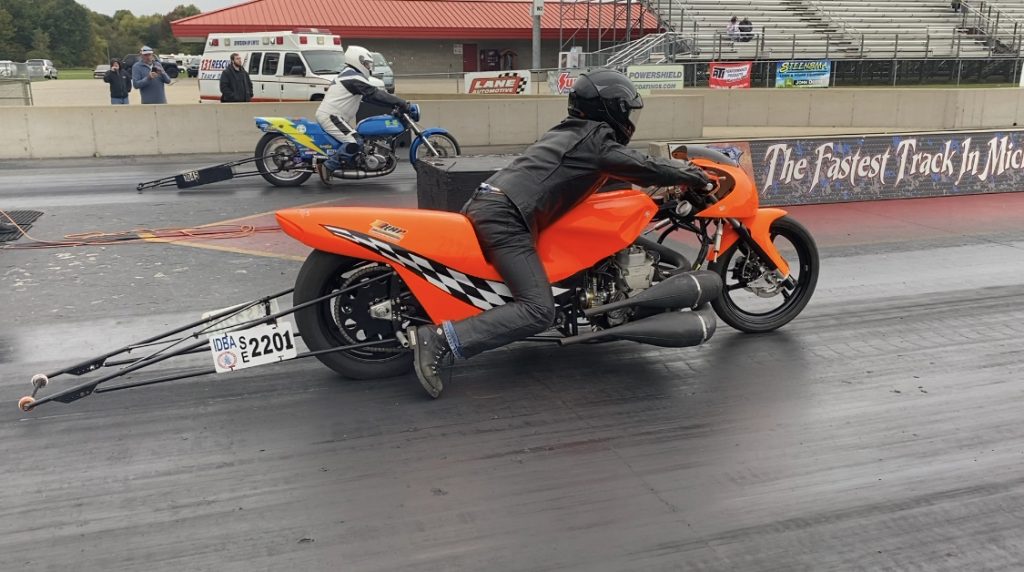