What Does The Latest War of Words Between President Trump and Harley-Davidson Mean for the Motorcycle Industry?

In a country that has been so sharply divided over politics, the motorcycle industry, for the most part, has been left out of the discussion. Generally speaking, the two-wheel world has continued to be a pleasurable escape for most, free from unsavory political debates.

That changed for many this past week when the President of the United States and the country’s most revered and celebrated motorcycle manufacturer became at odds. 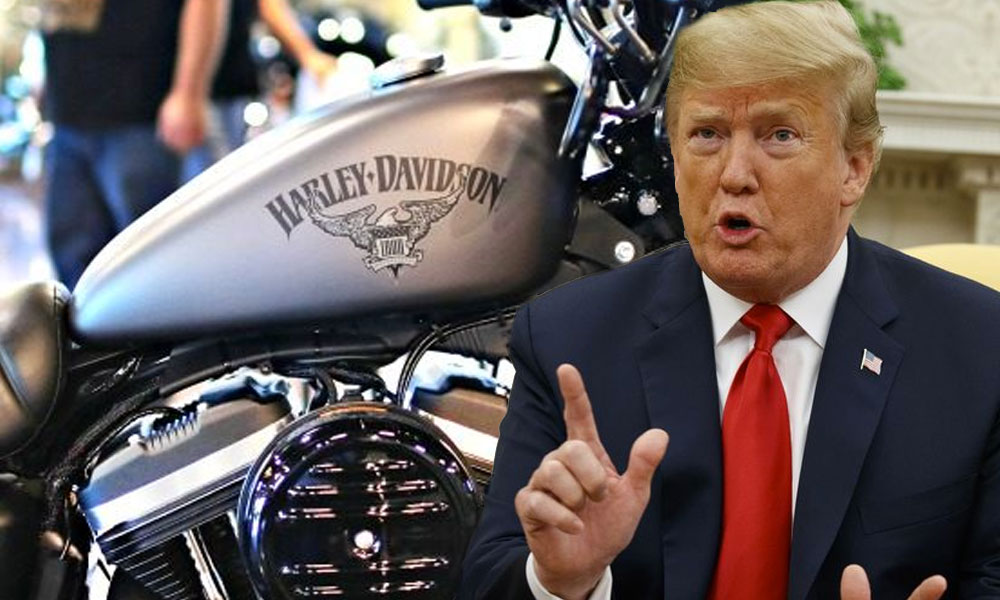 Harley announced that it would shift some of its production outside of the US, citing the trade conflict with the European Union and President Trump’s decision to impose a 25% tariff in steel imports to the US.

The President quickly responded with the Tweet; “A Harley-Davidson should never be built in another country-never!” Their employees and customers are already very angry at them. If they move, watch, it will be the beginning of the end – they surrendered, they quit! The Aura will be gone and they will be taxed like never before!” 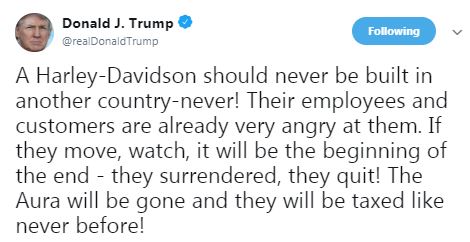 The announcement by Harley and the ensuing conflict with the President sent shockwaves through many proud American HD owners. 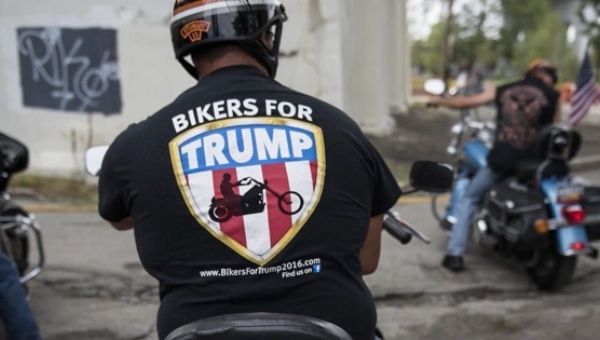 Harley-Davidson had previously announced an investment in a Thailand-based production facility, saying it was because of Trump’s decision to withdraw the US from the Trans-Pacific Partnership. Harley operates facilities in Brazil, India, and Australia in addition to the Thai plant. 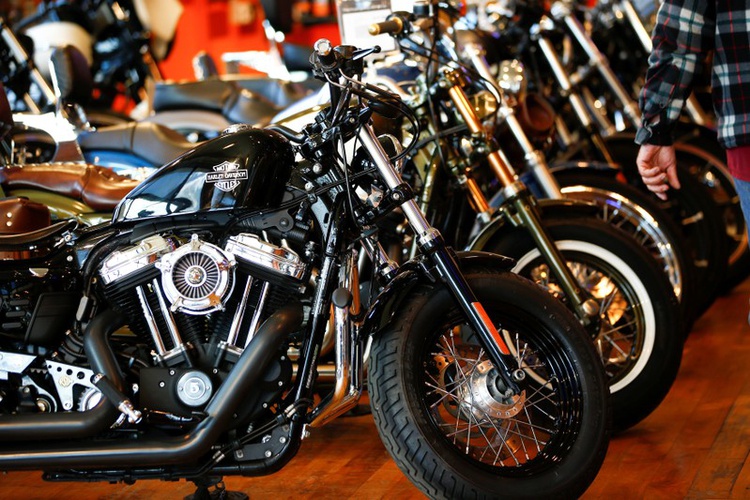 The President followed up the next day with this Tweet; “Harley-Davidson should stay 100% in America, with the people that got you your success. I’ve done so much for you, and then this. Other companies are coming back where they belong! We won’t forget, and neither will your customers or your now very HAPPY competitors!”

The relationship between the President and the Motor company has seen much better days. Executives from Harley visited the White House in February 2017 and Trump continually brought up Harley as an example of a strong American business. 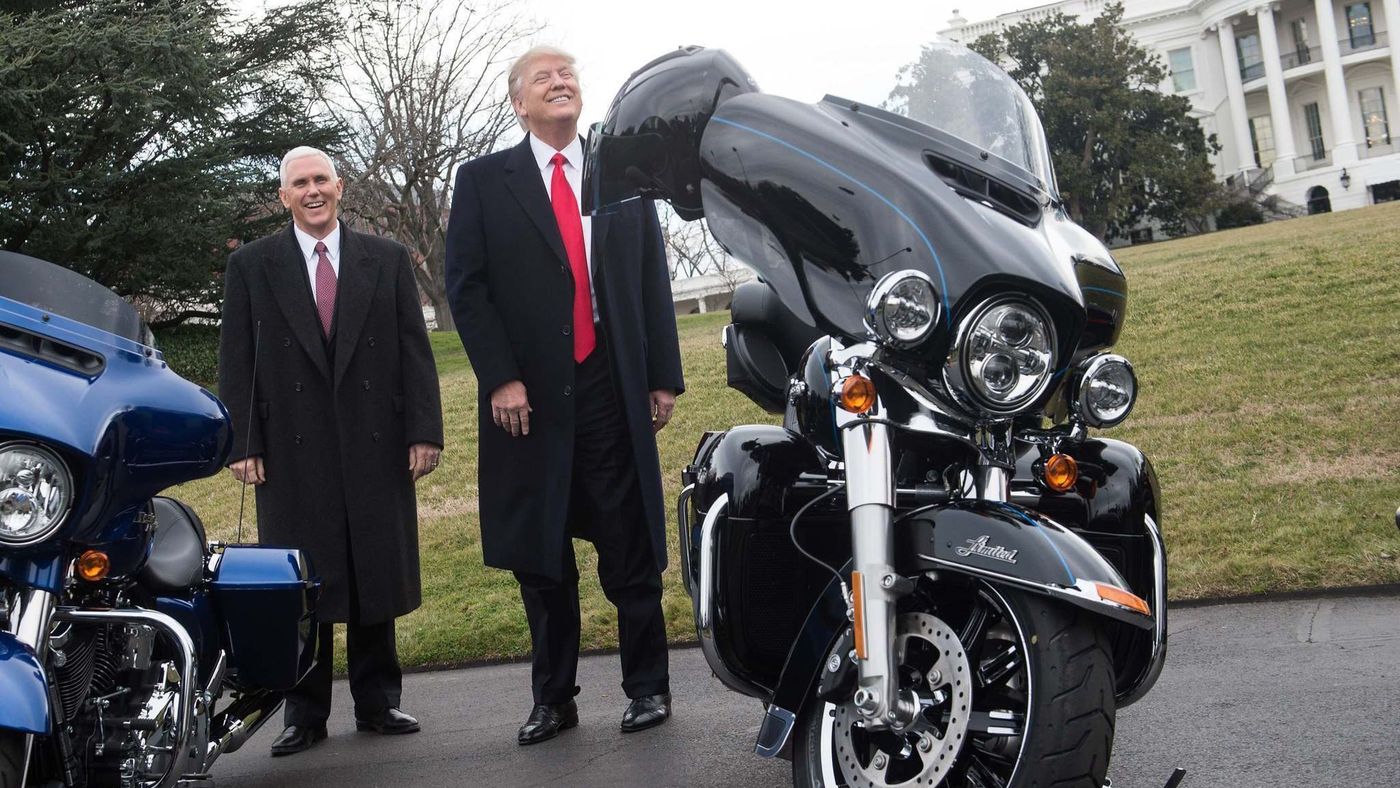 “When I had Harley-Davidson officials over to the White House, I chided them about tariffs in other countries, like India, being too high. Companies are now coming back to America. Harley must know that they won’t be able to sell back into U.S. without paying a big tax!,” the President Tweeted.

Harley announced in January that it was closing its 20-year-old final assembly plant in Kansas City, Missouri, which employed around 800 workers, and consolidating it into its facility in York, Pennsylvania. It said 450 new jobs would be added to the Pennsylvania location.

Harley said the plant consolidation will save it $65 to $75 million a year beginning in 2020.

In a message to its dealers Harley wrote, “As we’ve said before, increasing international production to alleviate the EU tariff burden is not our preference, and we are hopeful the US and EU governments will continue to work together to reach an agreement on trade issues and rescind these tariffs, so we do not have to take these extraordinary steps. This decision was made after very carefully weighing our options and choosing the best decision for our riders, our dealers, our business and brand.”

What impact will this giant dispute have on the motorcycling industry and even the world of drag bike racing? Nitro Harley has become one of drag racing’s most popular classes. Could the brand suffer and lose fans over this dispute?

Or will the country become more divided politically? Will Harley loyalists blame President?

Perhaps Harley-Davidson and the President will come to an agreement that satisfies all parties involved. 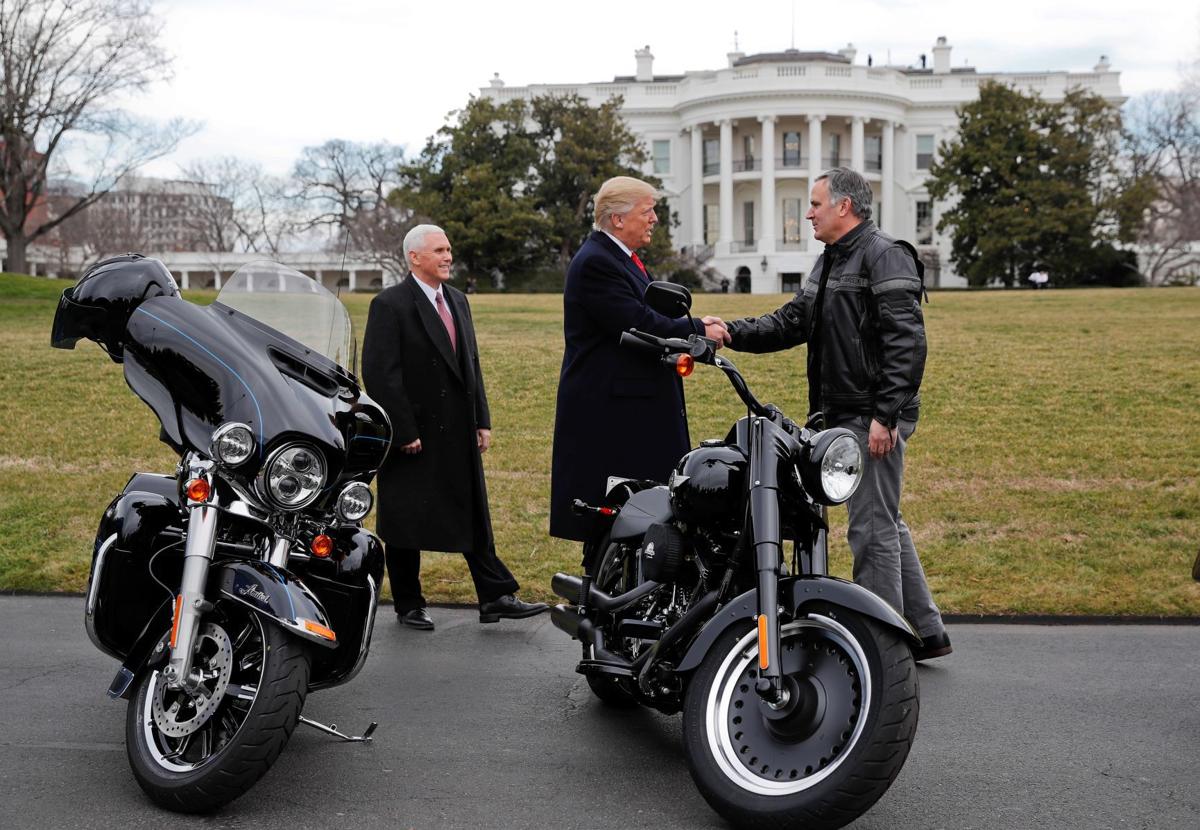 What do you think the impact will be? Feel free to leave your thoughts on this issue making headlines all over the country.