Ian built his first custom motorcycle at age 13 and became a renowned, multi-award-winning constructor of custom road bikes. He first encountered Drag Racing on a day trip to Santa Pod with the Boy Scouts. From the age of 17 he raced his friends on their road bikes at `Run What Ya Brung’ weekends, and began his formal racing career in the 1980s in the SuperBike-conceived Ultimate Streetbike series, riding his own custom-turbocharged, road-legal specials.

From the Street classes he progressed to the full competition FunnyBike class in the UK’s ACU series on a self-built turbo-methanol Suzuki before acquiring his first nitro project, a 2,700cc V8 nitro-injected Puma Top Fuel Bike in 1997. However, before the unique project could be completed, Ian received an offer he could not refuse for the unfinished machine from entrepreneur Ron Holland and used the funds generated to acquire the Quarter Scorcher 5 Puma from Phil and Frank Brachtvogel in 1999. 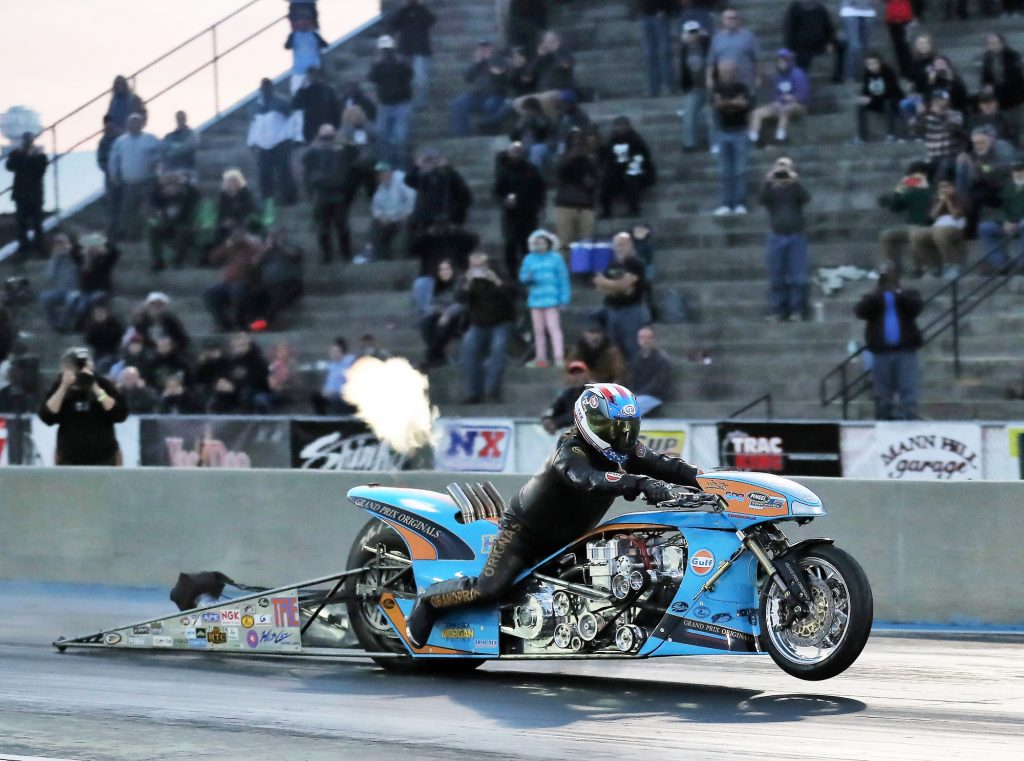 Updates and improvements to the bike and control systems improved its performance dramatically over a decade into a state-of-the-art machine. In 2010 Ian sold the multi-championship-winning ride and conceived an all-new, world-leading bike under the auspices of his company Puma Engineering and in conjunction with Gulf Oil International. In 2012 the Gulf Oil Drag Racing team secured the first of eight consecutive FIM European Top Fuel Bike Championships to date.

Demonstration passes took the team to unusual places away from the Dragstrip. In 2011 they visited the sub-continent to run on behalf of Gulf Oil India. In 2013 Ian performed burnouts in front of 50,000 people a day at the Goodwood Festival of Speed, earning himself that year’s Goodwood Choice Award. Since then, the team has been invited back annually to the prestigious event. 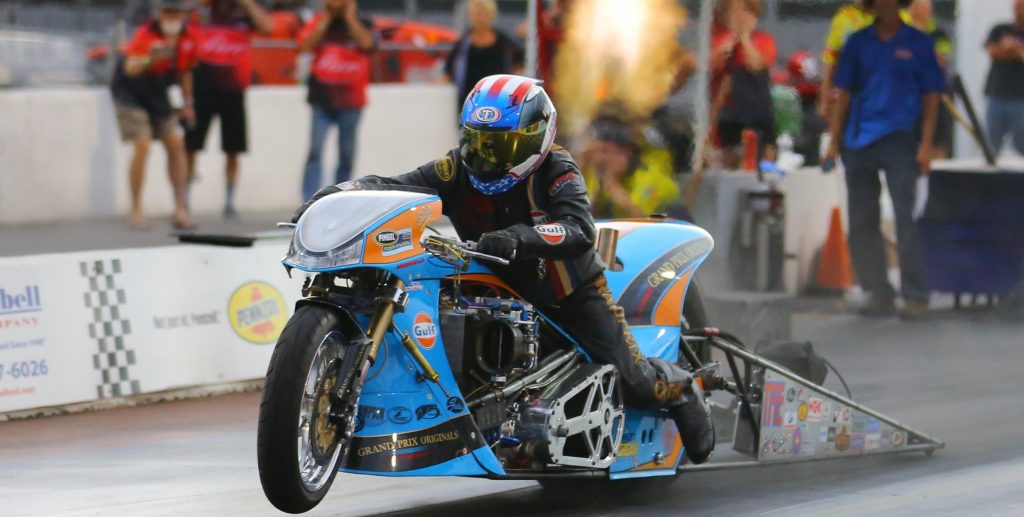 In March 2014 Ian won the opening event of the USA Championship. In the final, his 5.878-second elapsed time conferred eighth and last place in the MTC Top Fuel Bike 5-Second Club.

It is for this exceptional range of achievements that Ian King is inducted into membership of the British Drag Racing Hall of Fame.

Top 4.60 Racers Battle In the SDBA

The End of an Era - Rockingham Dragway Sold