Pro Stock Motorcycle also returns to action in St. Louis to this weekend’s NHRA Midwest Nationals at World Wide Technology Raceway and Joey Gladstone brings plenty of momentum with him after his victory in Reading. That sent him back into the points lead on his J&A Service Suzuki Hayabusa, but he knows things can change in a hurry in a class that has featured five changes to the points lead in the past five races. 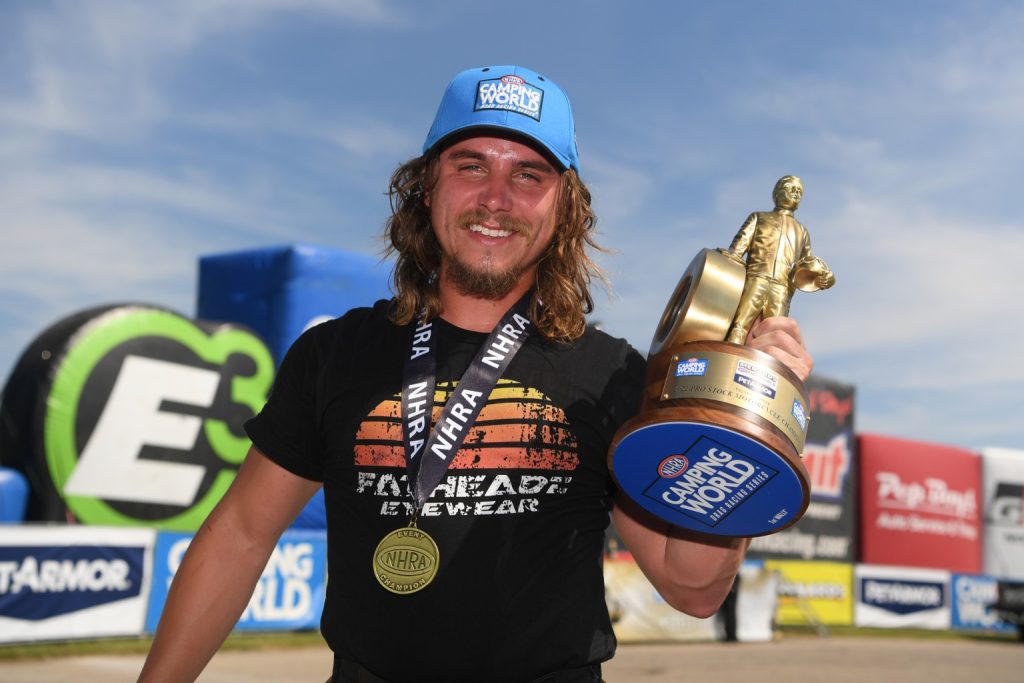 “It’s going to take goods run and good lights and a lot of consistency for whoever’s going to win it,” Gladstone said. “It’s way too early to say what the trend is going to be now. You saw what Matt (Smith) did in Indy where a couple of people falter, and he blasts right back into the points lead. Anything can happen and I’m just going to go one race at a time. If we can get the championship, that’s killer.”

Smith has four wins at the facility and just won in Indy, which put him in the points lead after that race, but Gladstone went back to the top for the second time in three races with his victory at the playoff opener in Pro Stock Motorcycle. Steve Johnson and Angelle Sampey have also led the points in this recent stretch and other contenders include Angie Smith, Karen Stoffer and Jerry Savoie.

“To be able to get a little bit of an edge for the next one is good because we’ll need it,” Gladstone said. “Matt hauls butt everywhere he goes, so it’s going to be tough. Everybody in this class is so tough and everyone is a contender.”