“I am very excited about staying with the Midwest Organics family through this new Magic Dry deal,” House said. “We will still have CatSpot on the bike as well, but we want to help the boss, Tommy Thompson, get Magic Dry at the front of everyone’s mind. 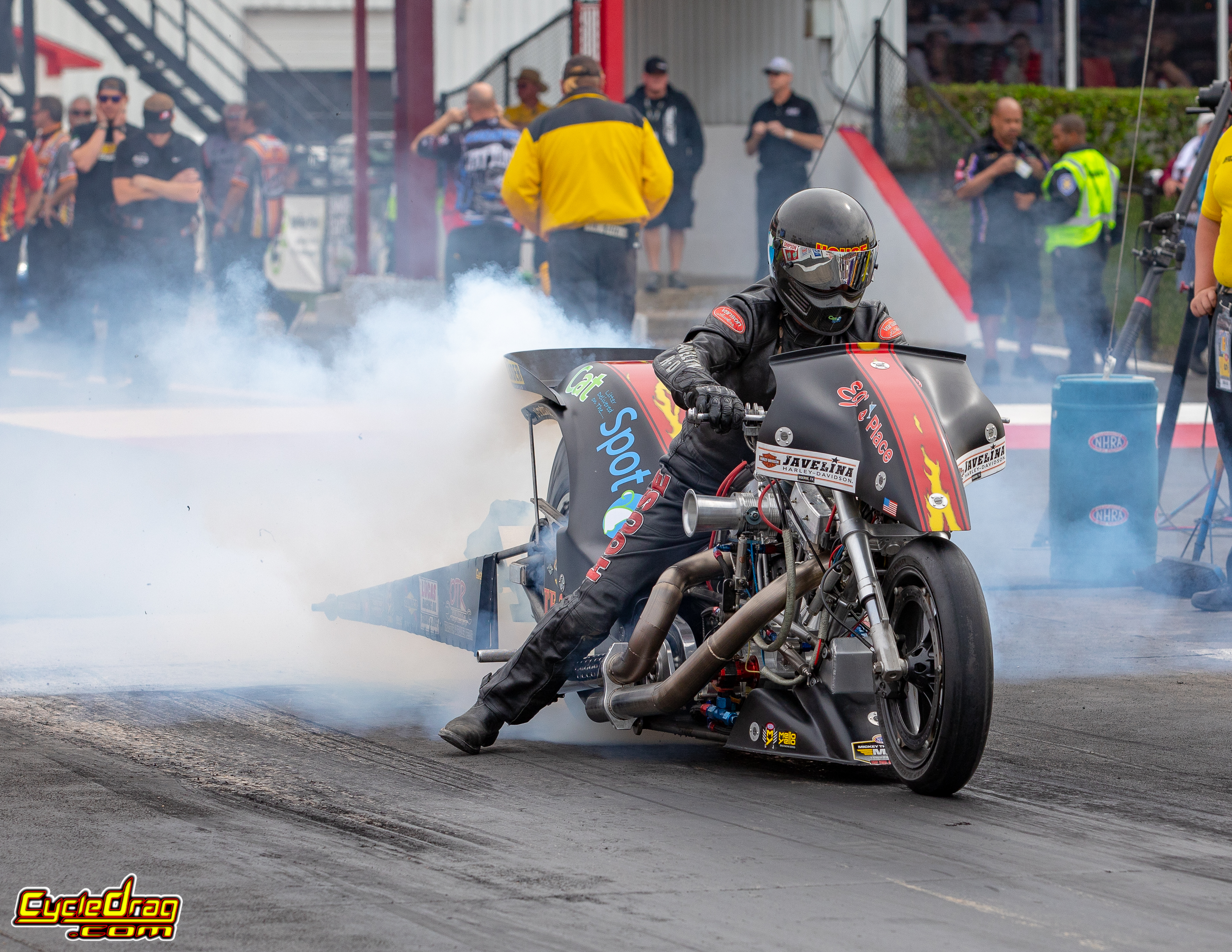 “It’s very gracious what Tommy has done for me. I simply would not be racing full-time without his support. Thanks to my Magic Dry teammate Scott Palmer also. He’s been a big help to us in many ways. We’re excited to get started on 2019.”

Based in Humble, Texas, House has been a contender in the 10-race Mickey Thompson Tires Top Fuel Harley Series since its start two years ago. He won the Phoenix race in 2017 on the way to a second-place finish in the points. Last season he won the first Las Vegas event and finished fourth overall.

“We want to win the championship this year and I think we can,” House said. “We are about halfway through getting ready for the season and we have about three more weeks to get this finished so we’re working daylight to dark to make sure we are set to go. All of this while running my regular business as well.

“The first race of the year is Pomona but if I can get the bike together in time we will most likely head to the preseason test session in Arizona, which is a week before Pomona. That would be ideal.”

“The fact I own a repair shop — American V-Twin Services — makes this Magic Dry sponsorship really cool,” House said. “I very seldom have any uh-oh’s here in the shop but when I do, I use Magic Dry and it works better than anything I’ve ever used before. I’m even able to re-use it. I put it back in the bucket and re-use it a few times before I’m done.

“I’ve also given samples to many of my customers and they tell me they love it and they have gone to MagicDryUS.com and ordered it for themselves.”