The two Champs had just won gold at a National round at the Perth Motorplex. 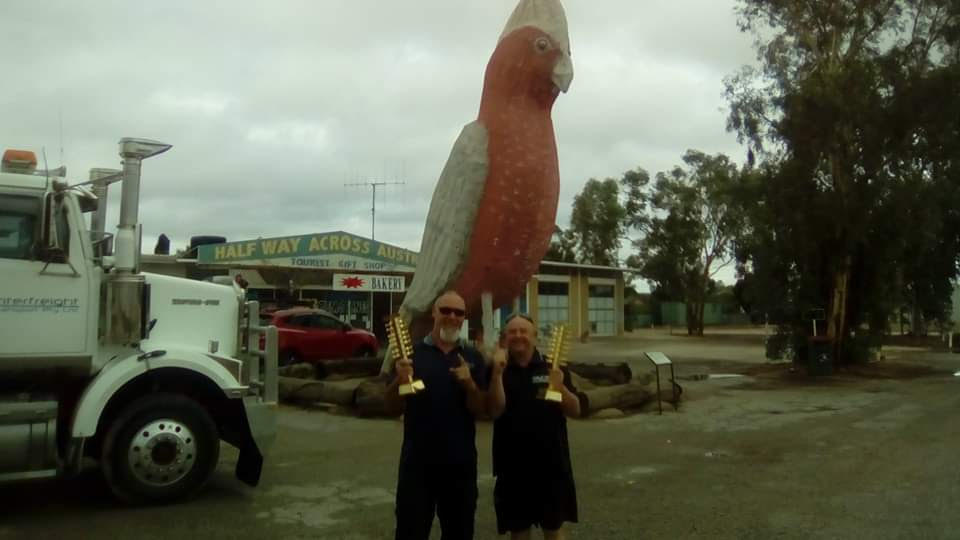 Driving their big rigs back East, they stopped at the famous monument of the iconic Pink Galah a native parrot of Australia. The Galahs name is often used in describing crazy friends as an Australian slang word . 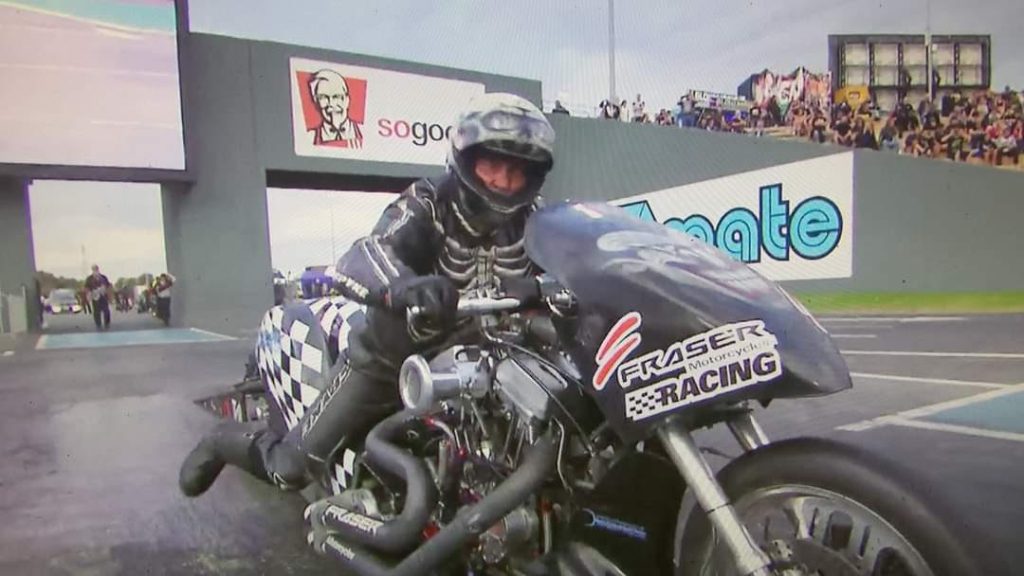 Perth was known as the strong hold of Harley Nitro bikes were often we would see over a dozen bikes enter to challenge for the converted win.

Porter and Matheson had both won at the Motorplex in the past however this event was special for a couple of reasons. 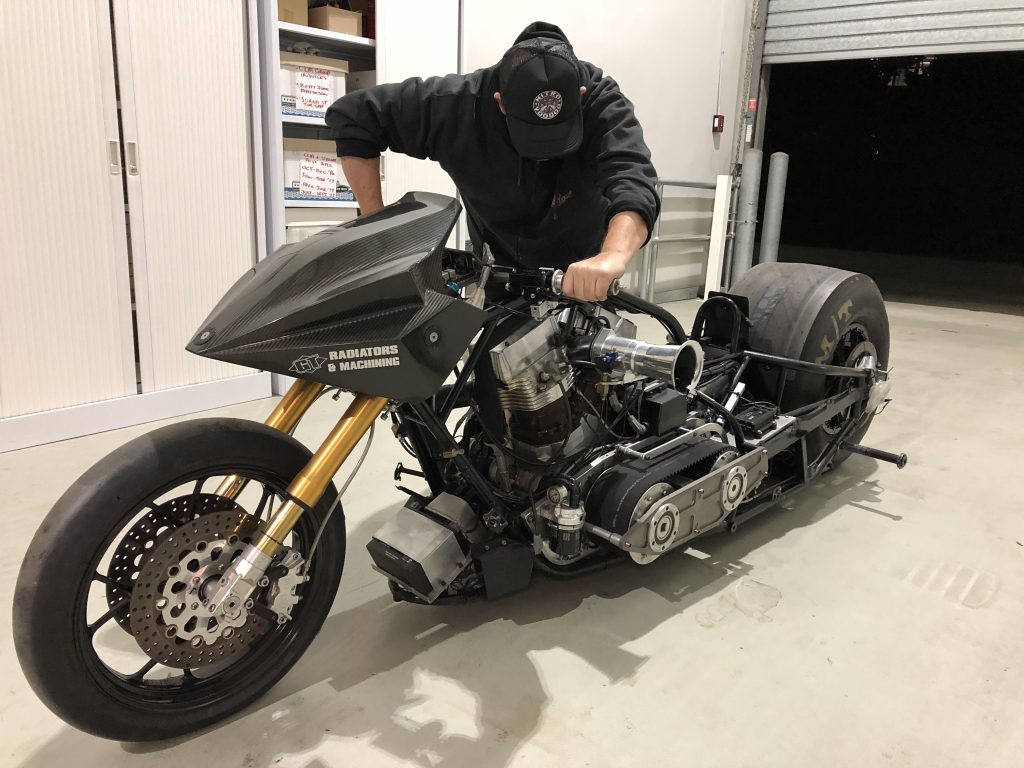 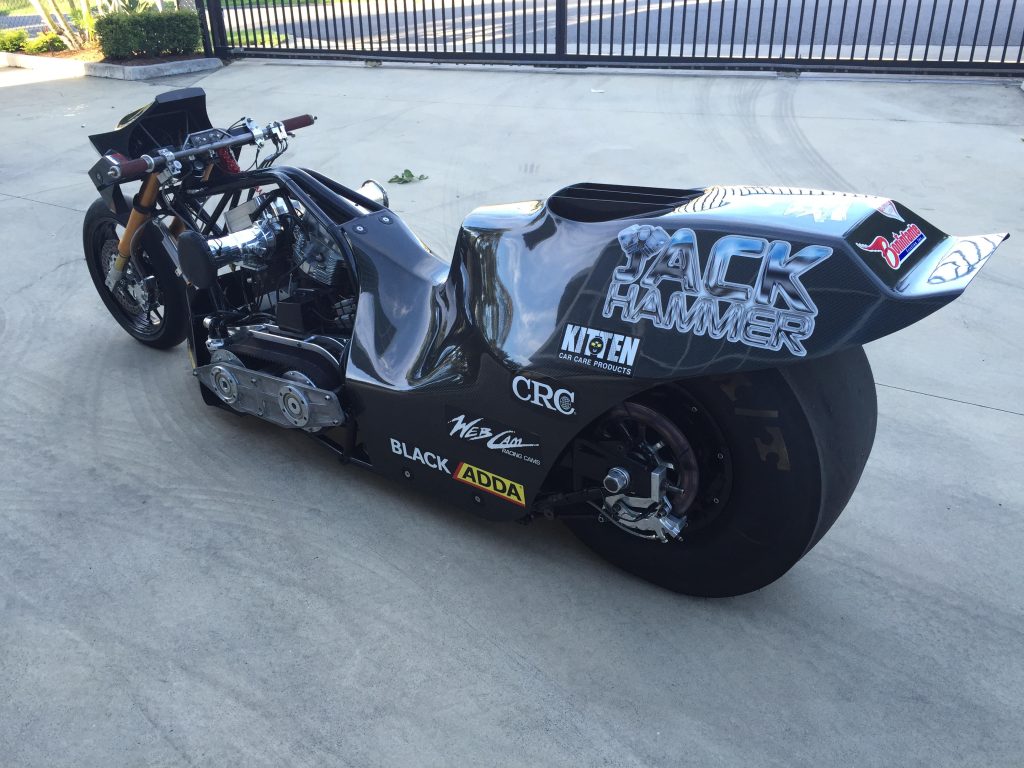 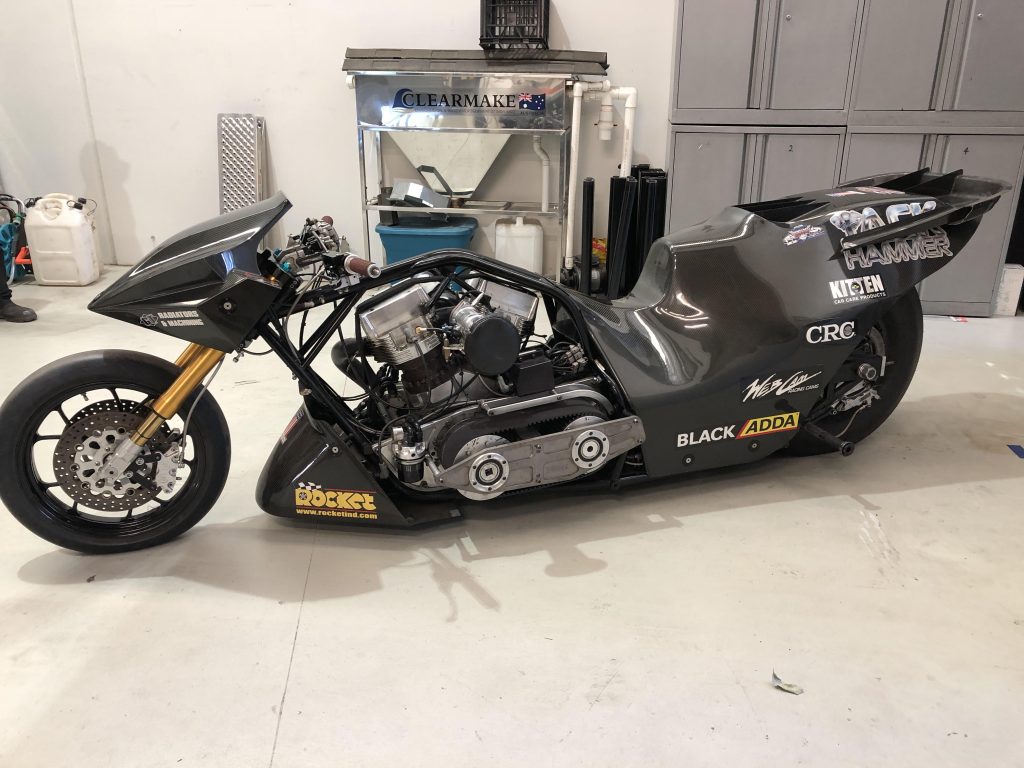 While Porter was zeroing in on the National Championship that season to add to his Tally.

Porter said, “It was a memorable trip back in the day when we had huge entry lists of bike often over subscribed fields of at least a dozen Fuel bikes. 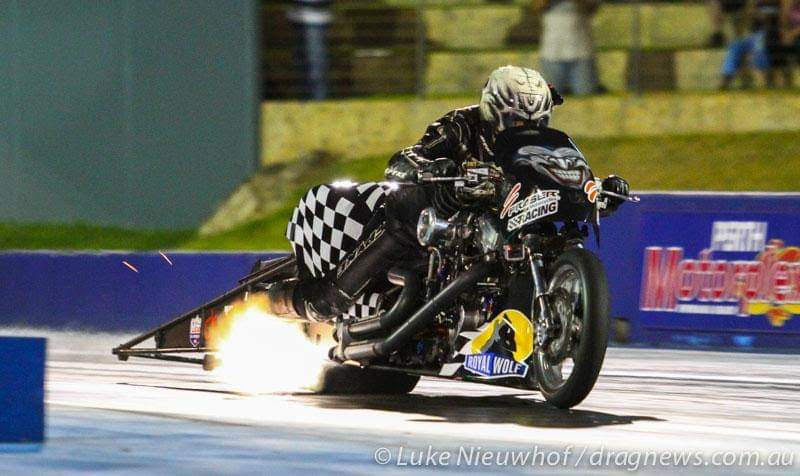 Matho and I were and still are fierce competitor on the track but are mates off the track.I recall in that era we raced in every final for two seasons with Matho getting the win each time and winning both Championships and I came runner up.It was hard work however very rewarding. 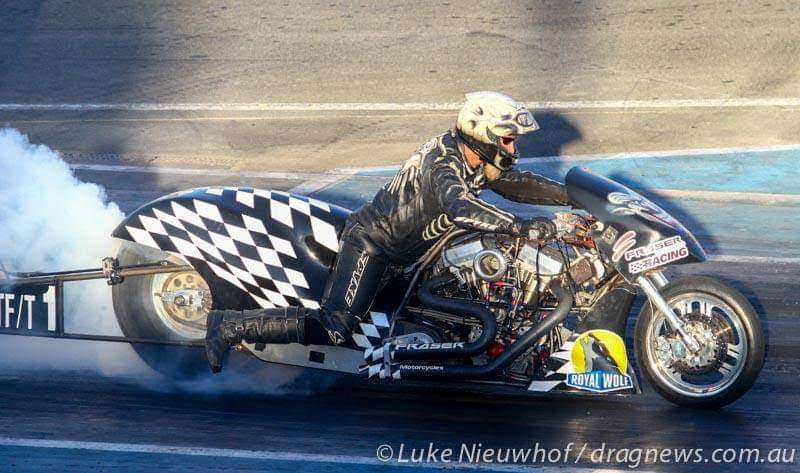 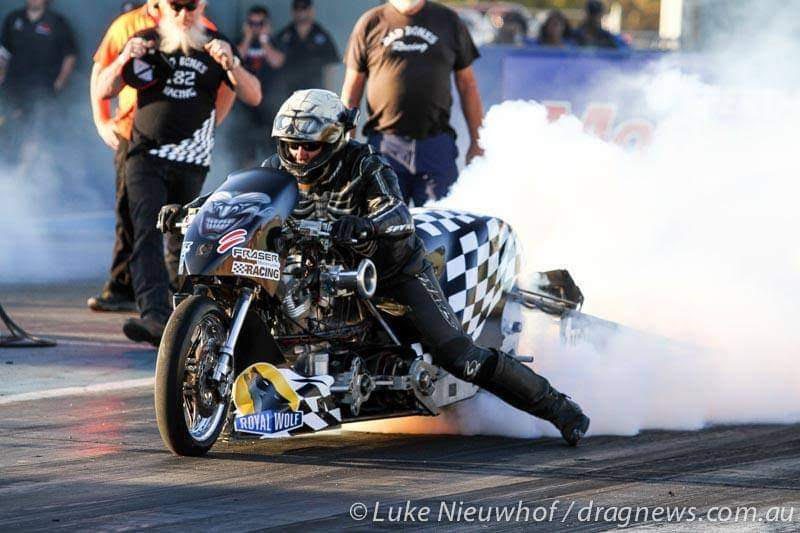 I’m still in the game albeit recovering from a car accident at the moment ,I have been assisting a couple of new comers to the Nitro bike seen until I can get back on my Bad Bones bike.”

Together,Porter and Matheson they have won some Ten National Top Fuel Motorcycle Championships over the last Decade.